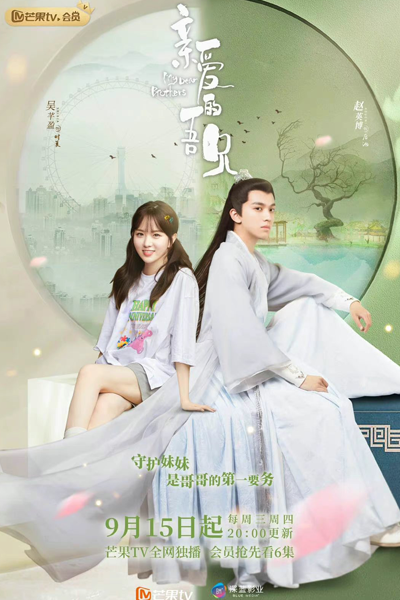 Shi Xia and her brother has depended on each other since young. One day, she suddenly time travels to an unfamiliar xianxia world, where she arrived in front of the Yu Hua Gate. When she says out her name, she was inexplicably chased by everyone, who tried killing her. After inquiring, she discovered that Shi Xia is the name of the younger sister of the infamous Demon King, Shi Dong. Initially hoping for a case of misunderstanding, Shi Xia soon realizes that she is indeed the rumored younger sister, whom was fiercely protected by Shi Dong and thus, nobody has seen her actual appearance. In order to survive, she sets out to find her brother. However what she did not expect is that someone is secretly taking care of and protecting her. This person is Hou Chi, her brother's infamous rival, and also the high priest of Yu Hua sect. Hou Chi tries all means to lure Shi Xia over and make her his own "sister", but accidentally over-does it...Adapted from the novel "Jia Xiong You Zai Zuo Si" (家兄又在作死) by You Qian (尤前).