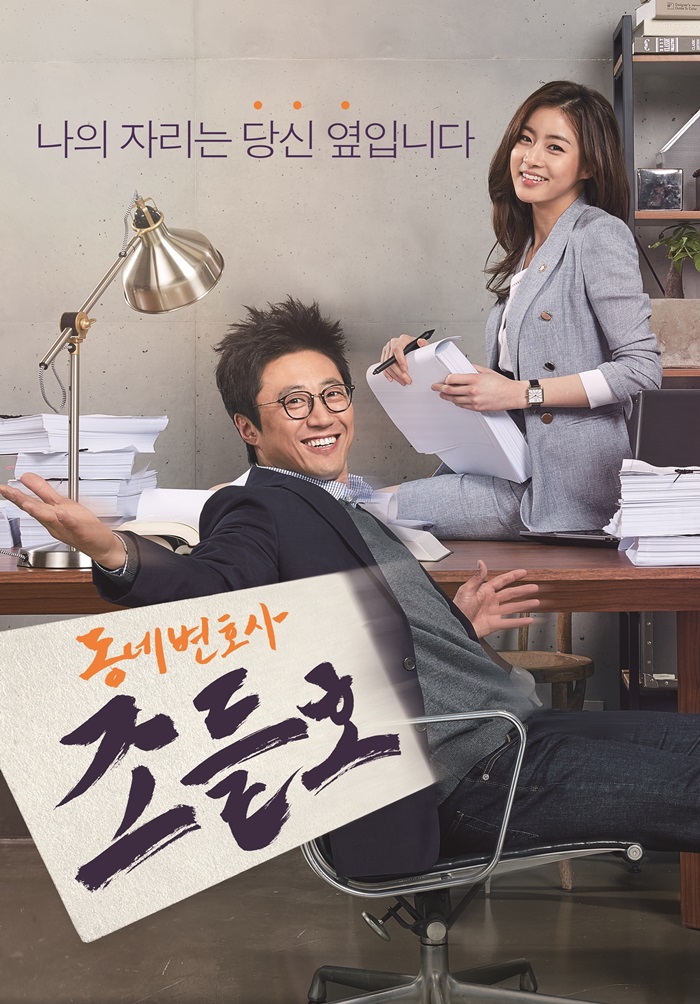 This drama is based on the original webtoon “Dongnebyunhosa Jodeulho / 동네변호사 조들호” by Hatchling (해츨링) which was first published on 2013-March-03 via “comic.naver.com/webtoon“. The story of a man, Jo Deul Ho (Park Shin Yang) who once had a bright future ahead of him as a star prosecutor, and was going to become the son-in-law to the head of a large law firm. But when he witnesses corruption in the prosecutor’s office and reports it, he loses everything. He tries to rebuild his life and turn his small and pathetic neighborhood law office into a second chance to become a lawyer who protects people and protects the law, and grows as a person in the process.