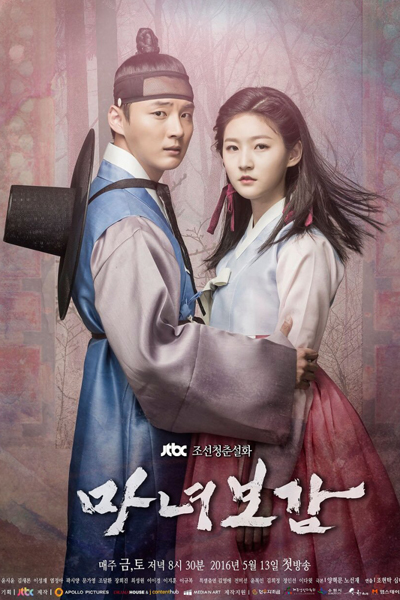 Mirror of the Witch

A historical fantasy drama about a young man finding his way and love for a forgotten princess. Heo Jun faces discrimination as an illegitimate son and gives up on his natural talents, intelligence, and passion for academia. Succumbing to the limits of his social status, he resorts to just making as much money as he can use his good looks and witty charm. Meanwhile, Queen Sim is unable to conceive and she seeks the help of a shaman whose black magic enables her to have twins - a boy and a girl. However, the daughter, Seo Ri, is put under a curse and abandoned deep in the mountains, where one day, she meets Heo Jun. The curse of the abandoned princess is that whoever falls in love with her will die. Seo Ri tries to find a cure for her curse and along the way, creates magical treatments that help cure sick people. Unfortunately, Heo Jun accidentally sets the book of magic on fire, and he stays in the mountains with Seori to try to help heal the sick in a mountain village. As Heo Jun’s passion for medicine grows, he decides to become a doctor. As he sees Seo Ri fight against her destiny, his affinity for her grows, and he too begins to believe that he can change his destiny.